A fleet of new vans for Ogilvie Construction 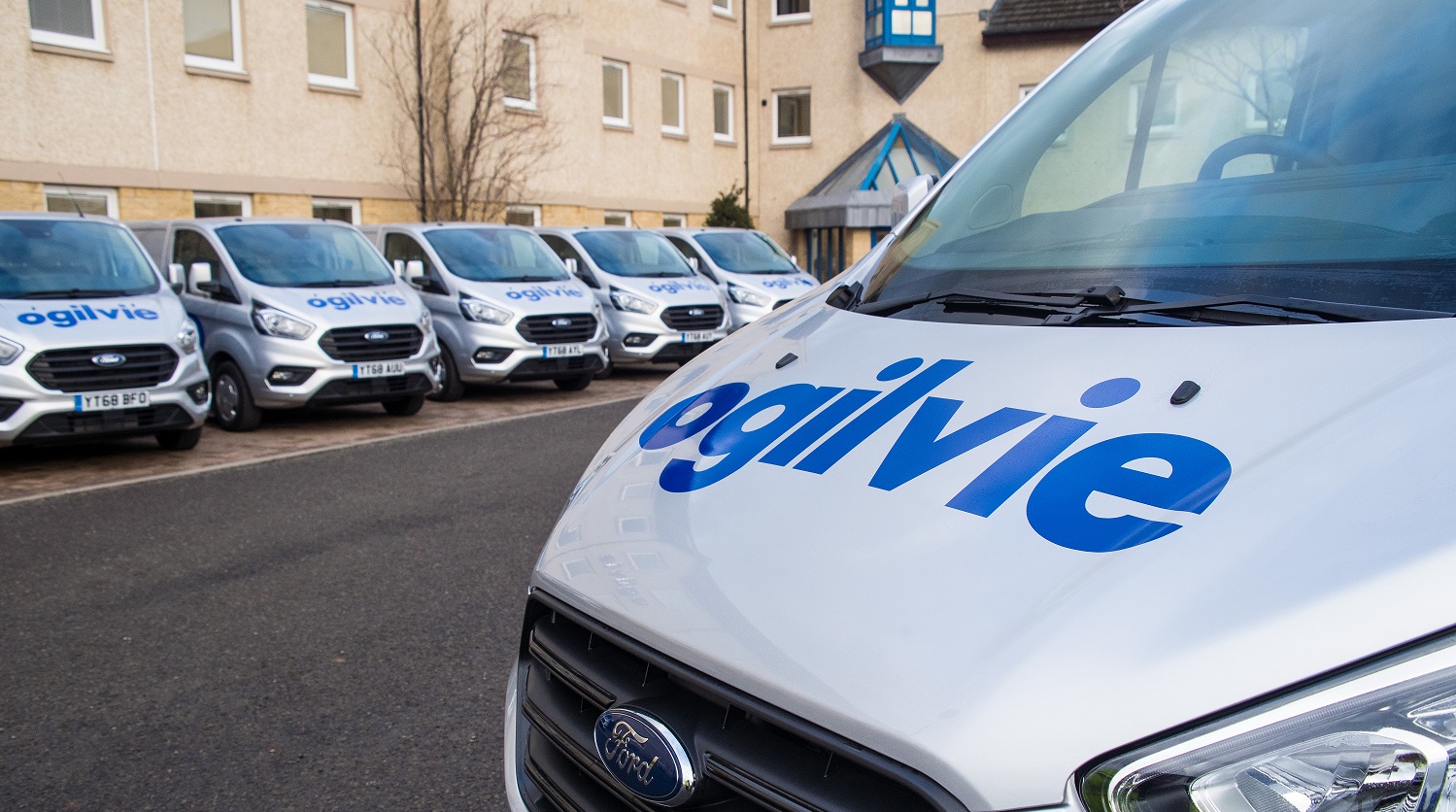 Ogilvie Fleet’s sister company Ogilvie Construction has taken delivery of its latest batch of vans to replace existing ones and allow for continued expansion.

The 38 Ford Transit Customs have been branded up in Ogilvie colours by specialist livery company Mediafleet. Ten of the vans have been designed with the rear doors branded in the style of each of the Ogilvie Group divisions – Ogilvie Fleet, Ogilvie Homes, Malcolm Hughes and Net Defence.

The have been leased on a four-year fully maintained basis and are now on the road working on major construction sites across Scotland. 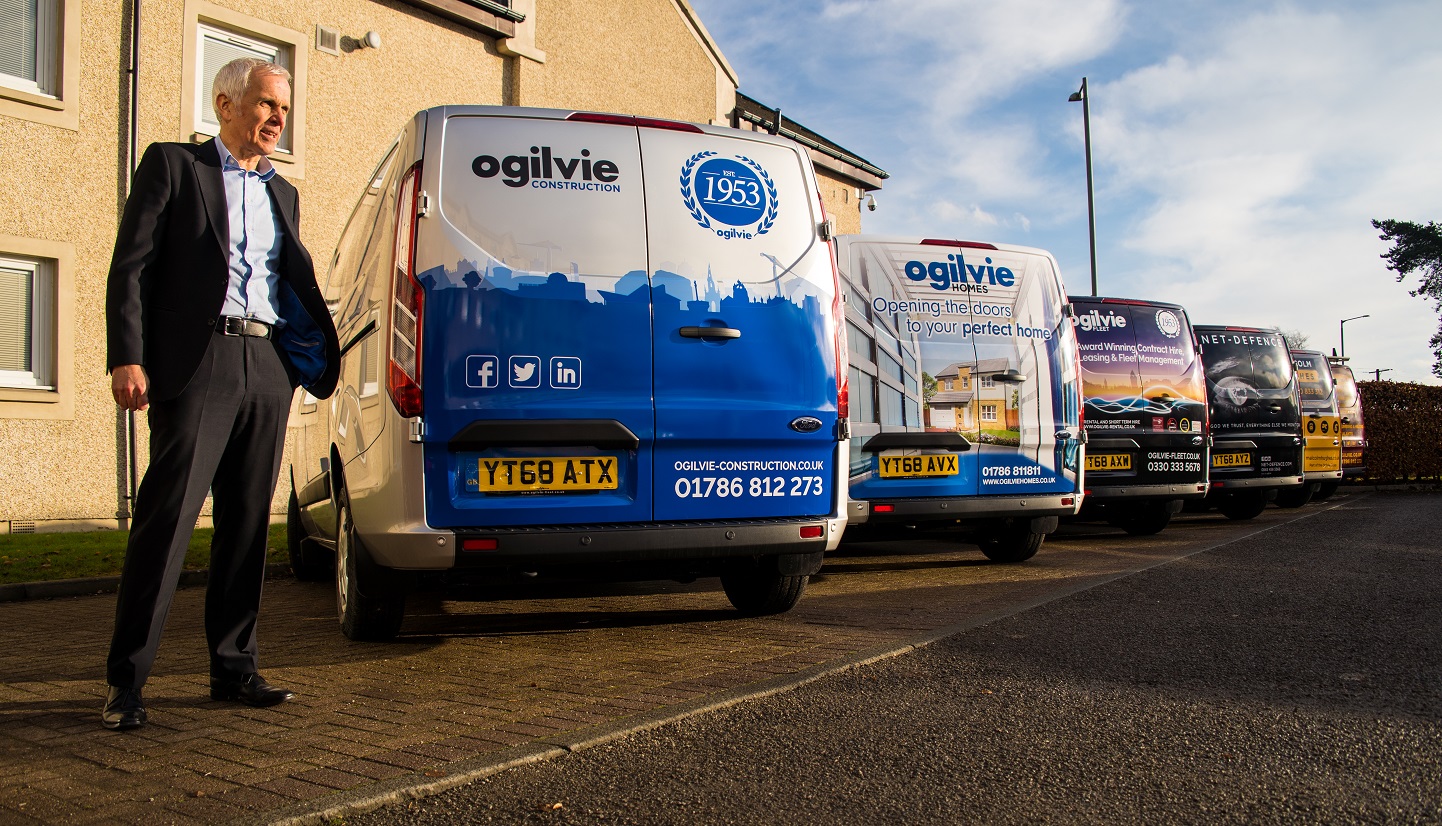 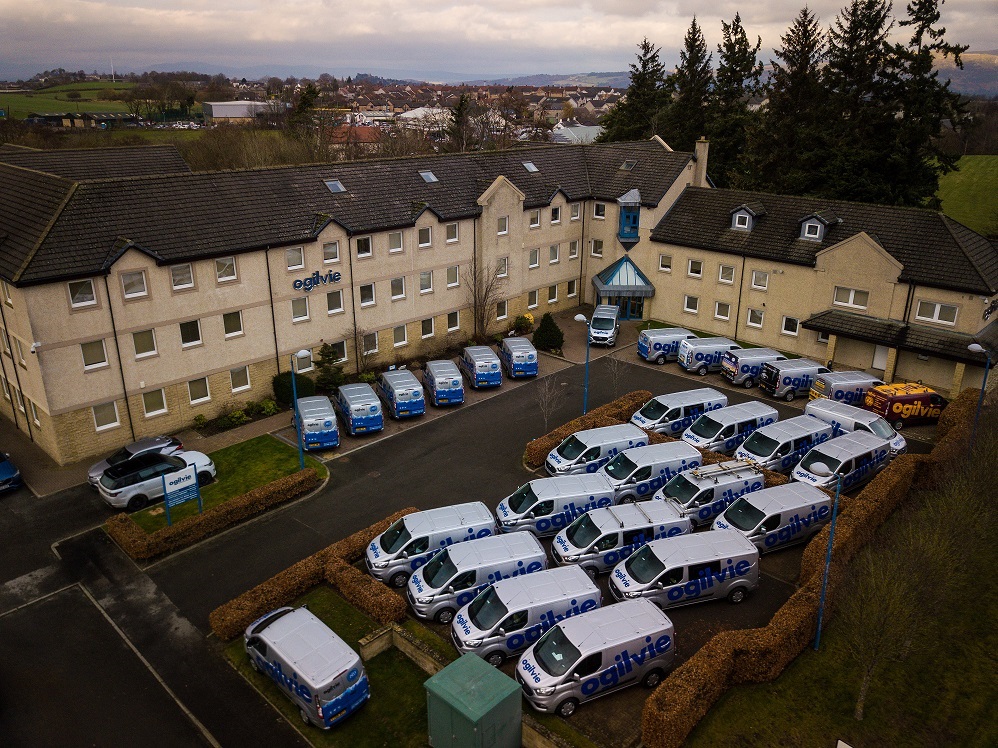 Award-winning Happy Drivers gets an all new look